Some people can boast of attending Woodstock or Monterrey Pop some renowned concert like George Harrison’s Bengla Desh shows at Madison Square Garden or the Allmans at the Fillmore East or The Band at the Academy of Music (Rock of Ages) or their Last Waltz, or No Nukes also at the Garden. Indeed movies chronicles many of the shows and most of the great performance (though not all). You may suggest other shows. Myself I attended more than 400 and probably some I forgot to document from my teens and young adult days hangin’ on the rocks outside Wolman Rink where you could view the sold out shows. I miss those shows, including the ones I attended inside, and I find it somewhat ironic that the man who needlessly cut out those wonderful shows now occupies a position where he imposes harm on many if left to his own devices. One show I attended recently certainly put a smile on my face and left me energized.

It featured two members of the Rock and Roll Hall of Fame. Of course the group they first played together in remains outside the hall among many other deserving but overlooked bands. A blog for another day.

Richie Furay is in the Rock Hall as a member of Buffalo Springfield. Timothy B. Schmit is there as a member of Eagles, a band pretty much modeled on the band Richie formed with Jim Messina in 1968 and Tim joined later replacing the same guy he replaced in his current band. 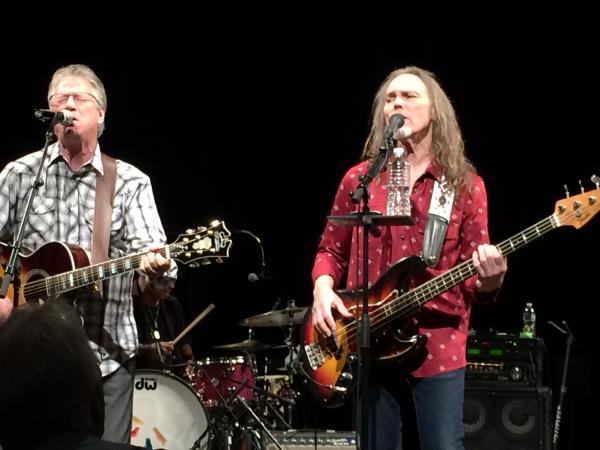 Richie opened for Tim at a special show May 9 in New Jersey of all places. Tim played from his catalogues of Eagles, Poco and solo material, including his recent “Leap of Faith.”. Richie covered Springfield, Poco and a heavy dose off his latest CD, “Hand in Hand.”

During Tim’s set Richie came out to join Tim on Poco’s “Keep on Tryin’.”

The final encore was a perfect rendition of Richie’s Poco classic, “A Good Feelin’ to Know.” 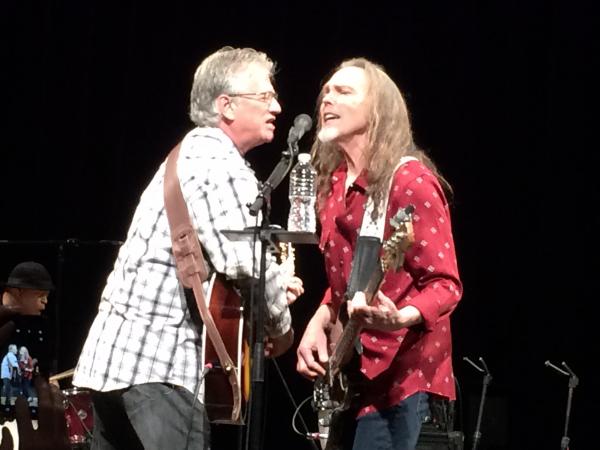 Needless to stay, I left with a wide smile.