I intended a blog about a show my daughter (Marisa Jean) attended in L.A. Friday eve and a show by the same artist that Fridays with Fred blogger Fred Klein and I attended last month in Roslyn. However, a review by Fred’s “muse,” Bob Lefsetz emailed last night inspired today’s commentary about both concerts by Poco founder Richie Furay who is in the Rock and Roll Hall of Fame as a member of Buffalo Springfield.  The shows featured performances of Poco's iconic first live album, DeLiverin', 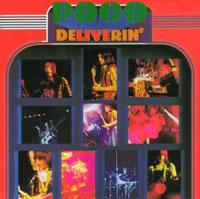 I thanked Bob for his review and wrote back:

"I attended the magical show October 25 at My Father’s Place (“MFP”) in Roslyn with my friend Fred (who calls you his muse) who NEVER saw Richie before and is a big fan of Roy Orbison and Elvis. There Richie’s manager, David Stone (I shared your review with David but he advised he is now a subscriber!) who intro’d the band Friday eve, “implored" me to fly out to L.A. when I told him I got my daughter tickets for the Troubadour show." [The first Poco performances took place 50 years ago this month as this iconic venue.]

After the MFP show, owner Eppy (Michael Epstein) shared he intended to book Richie to play again soon. I’ll be there!!!

Actually, Marisa took two friends to the show and I told her that afternoon I wanted frequent reports.

However, besides advising “Dad there are a lot of old couples here,” Marisa explained she was too busy to text because “I’m enjoying.”

Earlier she texted asking “who's Peter Asher." Before I could reply, she looked him up on her iPhone. [For those who do not know, Linda Ronstadt’s Producer and 1/2 of the duo, Peter and Gordon (Think “World Without Love”), and whose sister Jane dated Paul McCartney before he hooked up with Linda Eastman (He’ll be at My Father’s Place with Jeremy Clyde of that other duo, Chad and.... January 19, 2018.).

Later I admonished her for not advising (former Poco and current Eagles bassist/ vocalist Timothy B. Schmit intro’d Richie before Peter came out….

Prior to the show she texted me the marquis outside 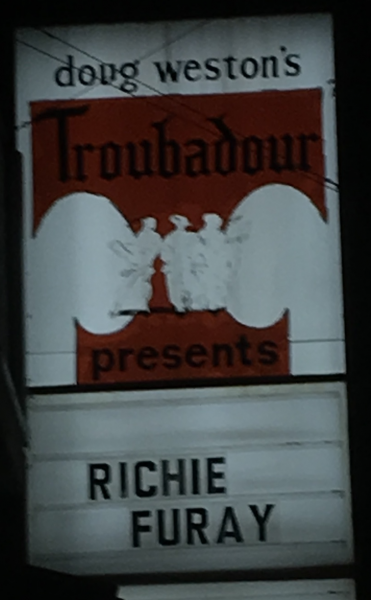 and then posted a little ditty on Facebook that she was at the show and could not believe her dad was not.

This from a girl who as a toddler would ask me "play Consequently (So Long) on the car stereo.

She did treat me to a brief C’mon

and Timothy singing Hear That Music.

As to your comment on Tim needing a cheat sheet, I have no set list post Richie with Poco of Tim doing that song; so I am not sure he’s done the song in four decades plus.

On Facebook I found these wonderful videos chronicling part of Friday eve:

On The Way Home

We Were The Dreamers

Go And Say Goodbye/ Wake Up My Soul

Anyway Bye Bye (which the band did not play at MFP)

Side one of the DeLIVERin' LP:

“short medley” (Hard Luck / A Child’s Claim to Fame/ Pickin’ Up The Pieces).

Encore: A Good Feelin’ To Know

One thing to correct in the "Lefsetz Letter." Timothy replaced Randy Meisner who was also at the show, not Jimmy Messina (Paul Cotton replaced Jimmy).

p.s. Richie's management has a gofundme effort to produce an authorized documentary about Richie narrated by Cameron Crowe whose first Rolling Stone interview was Poco (and thus the basis for Almost Famous).

p.p.s on Thursday (, November 15) Meet the Press Daily, Chuck Todd quoted “Pickin’ and grinnin’” lyrics (from Poco's Pickin' Up The Pieces") so I tweeted at him.