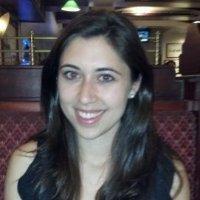 Since graduating from Vanderbilt University in May 2013 with a degree in Neuroscience and Film, I've worked on Nickelodeon "Dora the Explorer," "Dora and Friends," and I am currently an Associate Producer on the casting and audio teams at Nickelodeon's "Welcome to the Wayne" production. I love Children's Television and consider myself extremely lucky to be working in this industry, and look forward to learning more about it any chance I can.

Nickelodeon, now in its 30th year, is the number-one entertainment brand for kids. It has built a diverse, global business by putting kids first in everything it does. The company includes television programming and production in the United States and around the world, plus consumer products online, recreation, books and feature films. Nickelodeon’s U.S. television network is seen in almost 100 million households and has been the number-one-rated basic cable network for 15 consecutive years.

Nickelodeon is a division of MTV Networks, and Viacom Inc.

Good Lead: I'm always interested in meeting others who are working in children's television -- whether it be in development, production, education, research, CP, etc.